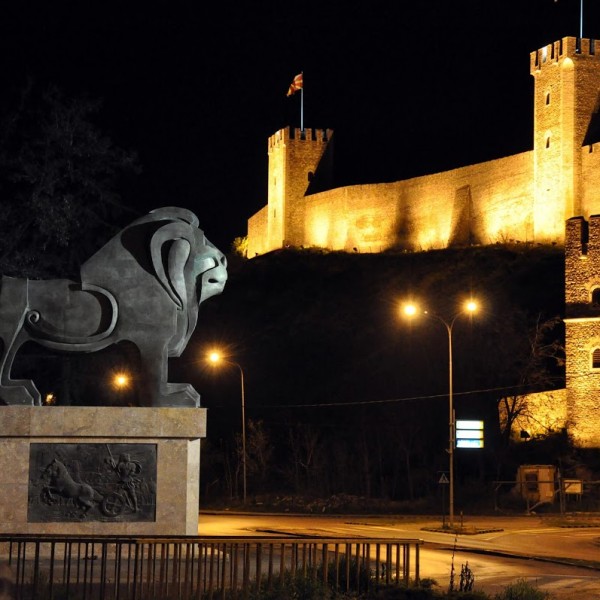 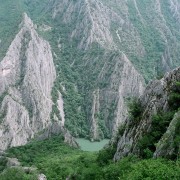 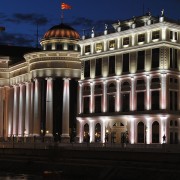 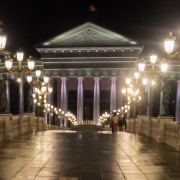 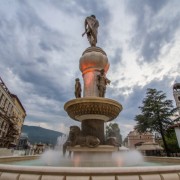 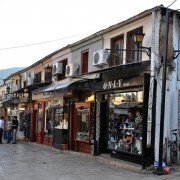 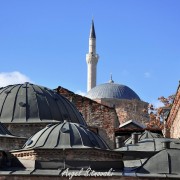 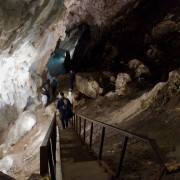 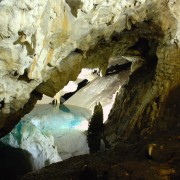 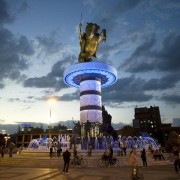 Explore Skopje and Skopje’s surrounding beauties in one day

Morning departure to the outskirts of Skopje (ca 30min transfer), where we’ll visit the spectacular Matka Canyon. There are some beautiful and important cultural landmarks in the canyon, including the 14th century monastery of St. Andreja and the female monastery of St. Bogorodica (also founded in the XIV cent., and still an active sisterhood thrives there). We’ll take a short boat journey in the canyon to the Vrelo cave, which sits above the Vrelo underwater cave, which is currently the deepest in Europe, with measured depth at 191m.

If guests wish so, after the boat trip we can have short coffee break before we continue our trip to Skopje.

The walking sightseeing tour of Skopje includes the following amenities: The old railway station – first train station on the Balkans, and in that time was the most beautiful object on the Balkans; The monument of Mother Teresa; The house of Mother Teresa; The Stone Bridge – monumental building in the center of the city, and symbol of Skopje (it’s estimated that it’s built in the beginning of the VI century).

From the Stone Bridge we will enter the Old Bazar (largest open air Turkish bazar outside of Istanbul), where we will visit some of it’s most important landmarks, such as the church St. Spas (built at the end of the XVII century, and place which holds the relics of the greatest Macedonian Revolutionary Goce Delcev (1872‐1903),

The Bezisten, the Mustafa Pasha Mosque. Our last site is the Skopje Fortress, also known as the Kale, which has been ruled under different occupiers since the times of the Roman Empire. Our tour will finish in the late afternoon hours.

– Booking and payment: all at once.

– Cancellation/refund: after payment cancellation or refund not permitted.

– Minimum number of passengers for realization the tour: 10PAX

– Late booking and payment (after the deadline) : On request, applicable fare will be calculated if possible.

There are no reviews yet.